I got up with a headache and couldn’t seem to wake up today. So we spent the morning lazing around, reading after breakfast. I took a nap while Ashley finished her book.

Seemed like a good day to stay home, so we did. Tomorrow we can go into town to explore the stalls and market. There are at least two solar vendors, so we should be able to learn more about solar setups for RVs and maybe even pick up some of the necessary equipment that we need.

There’s also been some discussion about riding down to Yuma and on to Mexico. We could both stand to update our prescriptions and are over-due for dental cleanings and it’s cheaper on the other side of the border. Maybe we’ll go and see if it’s the worth the savings to get it done there.

Until then, though… today we made some hot chocolate, spiced shortbread and even some pizza from scratch. Found a quick pizza dough from scratch that only took a few minutes to assemble and rise – boy was it delicious! With the left-overs from the Christmas cookies we’ve got baking goods again. We both were craving some junk food and making it ourselves not only scratched that itch while being… maybe not healthy, but both better tasting and better for us than store-bought varieties. 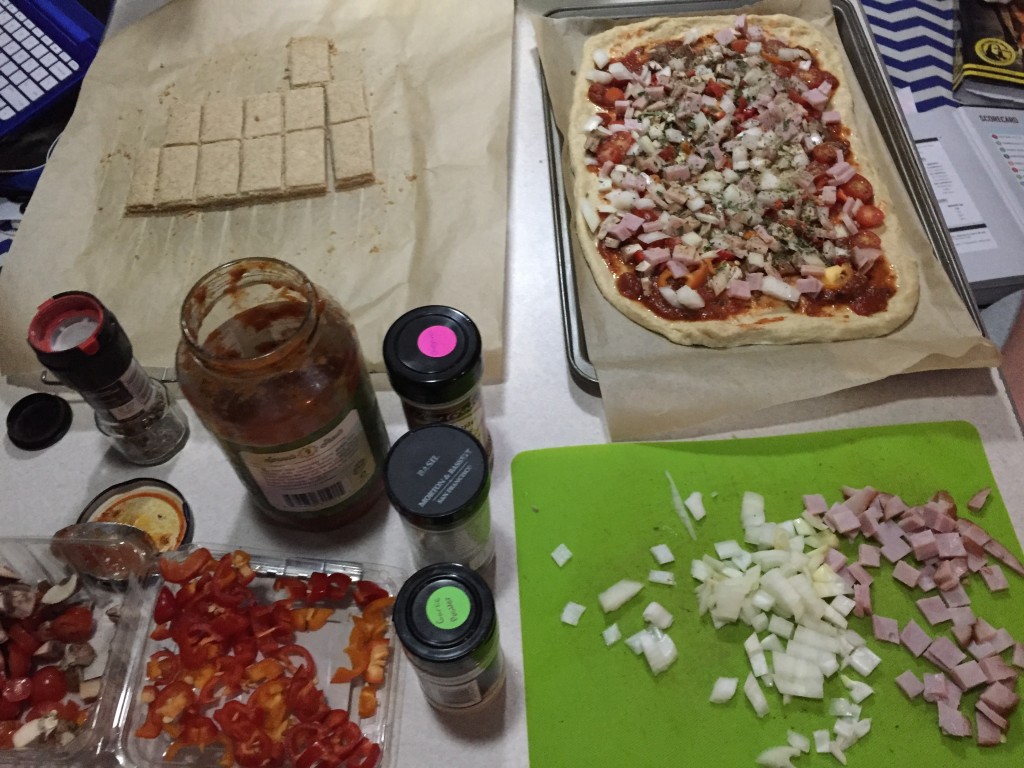 Mmm… pizza in the works!

Found some other pizza recipes for future attempts – an over-night dough and some good topping options.

More people have moved into the area, but we are still fairly separated. 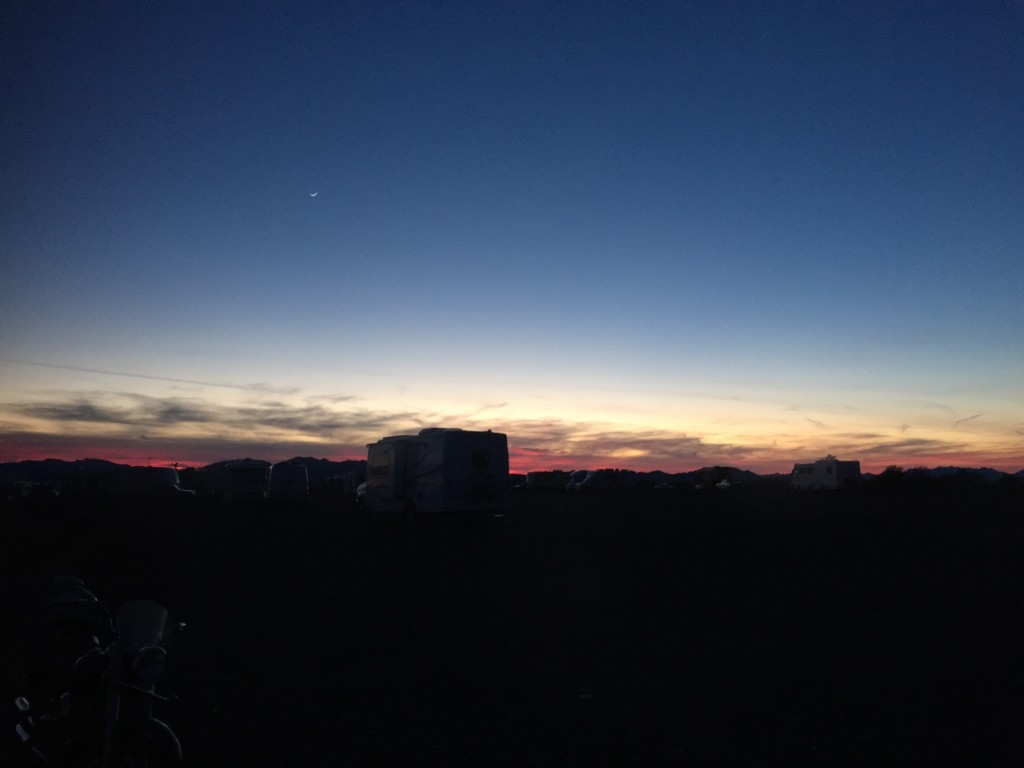