Lazy morning. After breakfast we hopped on the bicycles and headed out. A quick loop through the park covered it. Everything’s full – the group site is filled with Lazy Days RV’s – it’s a whole gathering full of the Class C’s. Fun to see a field full of them. Then we headed out on the road, first to the north. They’re doing construction of some sort so after a few miles it’s closed down. We u-turned and headed south. Did a few sprints along the way and really felt it. Cool morning air, sprinting, and out of practice – our lungs were burning!

We passed by the park and continued on South. Stopping for a breather next to the river, we really enjoyed the view. The Colorado River is so clear! We can see all the way down to the bottom. There was a flock of ducks scattered out over a few hundred yards. We watched as they dove down – you can see them all the way down to the bottom – and then again as they floated back up to the top. It was loads of fun, as well as a beautiful sight. 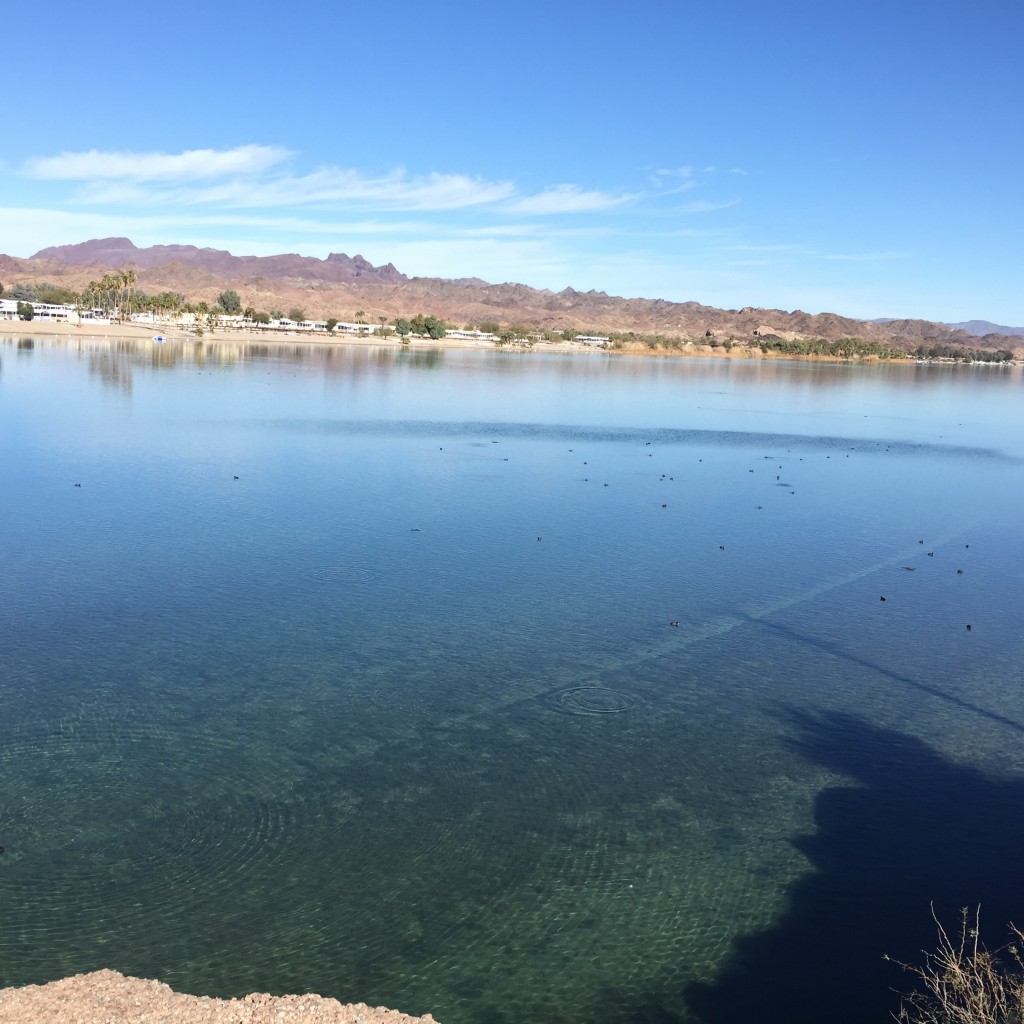 Back on the bike, we continued down the road to the major intersection and then back to the RV.

Yesterday I must have snagged the trailer jack on a curb somewhere (I think when we u-turned in the hardware store parking lot) and nearly ripped it off – completely removed the crossbar on one side and half-way on the other. I was going to pull it off completely but couldn’t, so I drilled holes through both pieces and bolted them together. It’s not the prettiest fix, and definitely not the best option, but without a welder of some sort it’ll have to do. And seeing as how little we use the jack (basically never) it’s no real loss. 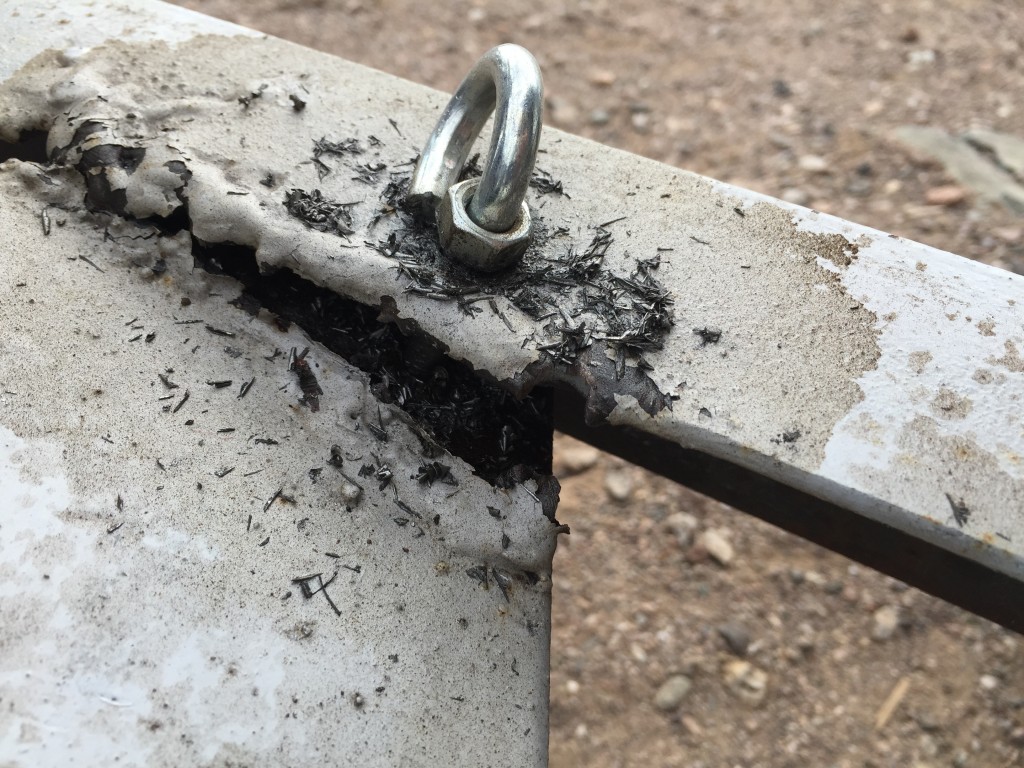 General chores throughout the day – cleaning and such. Cut my hair. Ashley cooked a white chicken chili with the beans we soaked last night. Delicious over some quinoa!

We discussed Ashley’s goal of bicycle riding as if for the RAGBRAI. We altered it for the year, settling on a goal of riding 3,750 miles throughout the year. This will keep us in good riding shape but will give us flexibility in our schedule to adjust bicycle riding around backpacking/hiking, driving, and generally exploring throughout 2016. We (especially I) do a better job of getting out to ride when we have a goal we’re working toward. So this will help keep us motivated throughout the year.

Called Mom and Gary. Great to talk with them – fun when they can picture where we’re at. Even if they are home-sick for being here, too. Would be awfully nice to caravan around for a bit!