After an enjoyable morning chatting with Bill we hopped on the bicycles for a ride around – there’s a convenient loop just a block away so we were able to do some ~2 mile laps. A bit of a hill on one side, though, and we’re definitely out of practice riding on hills!

After finishing our ride we unloaded the motorcycle and headed out on a recommended route east toward the moutains. “Wine Country” is an aptly named area – vineyard after vineyard after winery after winery. Beautiful scenery and we greatly enjoyed our ride through and on past.

Stopped at the city park in Hemet for our picnic lunch. Hemet has a Christmas Tree lot and might be an option for next year – it’s close enough that we could come and visit pretty regularly during the work season so that would be pretty amazing. We didn’t quite figure out where the lot would have been but at least we’ve seen part of town now.

On our way back I spotted a historic marker for The “Hemet Maze Stone” and we detoured back on a side road to see what that might be. The road dead-ended at a park of some sort, which we opted not to explore on foot. Beautiful back road, though we didn’t happen to find the stone. (Upon a quick search online later, we discovered that it’s a prehistoric petroglyph – a maze carved into a stone.)

Back on the route we stopped at Monte De Oro. Perched on a hill, we thought it would have a good view and we just wanted to sit out, look around, and enjoy a drink. We certainly enjoyed the view out across the vineyards and on to the mountains in the distance. A bottle of wine was cheaper than two glasses so we picked up a bottle. 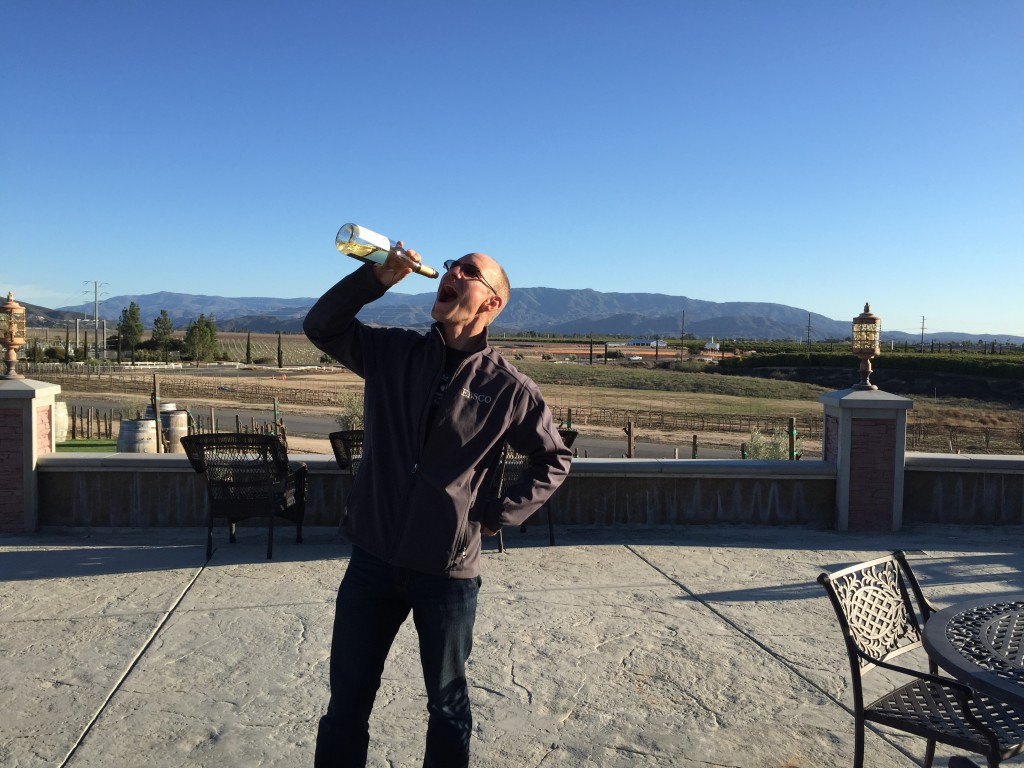 A quick stop at the grocery store for some supper ingredients and on home to cook. Pulled out a recipe from Ireland for a Guiness beef stew. Bill and Carol made it home after a bit of a late evening and we enjoyed the stew (delicious!) and we sat about chatting for the remainder of the evening.