Thousands of tired, nerve-shaken, over civilized people are beginning to find that going to the mountains is going home; that wilderness is necessity.
~ John Muir

The past few days since our last update have been a blur of cities, blacktop, and some new states. After leaving Shenandoah we were in limbo for a couple of days, waiting to see if one of the nieces could join us for the trip up to Maine, to our last state and National Park. While waiting, we meandered a bit further each day, through Maryland and into Delaware. Finally, as we were closer to Maine than eastern Tennessee, we solidified our plans and headed on our way.

As we were leaving Shenandoah we picked up a hitchhiker (one of Matthew’s unspoken goals for the quest). Lance was a delightful retired gentleman who was backpacking through the park and meeting up with some friends further up the Skyline Drive. We were more than happy to give him a lift part of the way and enjoyed a delightful conversation with a fellow adventurer.

Not feeling quite brave enough to head through D.C. in the RV during evening rush hour, we found a rest area just short of the city to break and ended up spending the night. Early the next morning we rose and headed on, beating traffic and watching the sun rise on the horizon. We hated to skip D.C. but between pending thunderstorms and the struggle of urban RV parking, felt it best to return at a later date when we can fully explore and enjoy the experience (maybe via train!).

On through Maryland and into Delaware. Exhausted and bleary-eyed we paused to unload the motorcycle and head into downtown Dover for a much-needed break. We ended up at the Brunch n Lunch and thoroughly enjoyed some delightful meals. Matthew finally tried chicken-n-waffles, along with maple gravy and a side of chicken-fried bacon. (This may also be known as heart-attack-on-a-plate, but we’ve been curious about the chicken and waffle combo for a couple of years now.) It was delicious and quite a treat that morning. Ashley’s falafel macaroons were wonderfully presented and also fabulous. Feeling quite rejuvenated, we returned to the RV and headed a bit up the road to a nearby visitor center. Though it was unexpectedly hot we paused there for most of the day, waiting on word about our potential travel companion and getting some chores done around home. 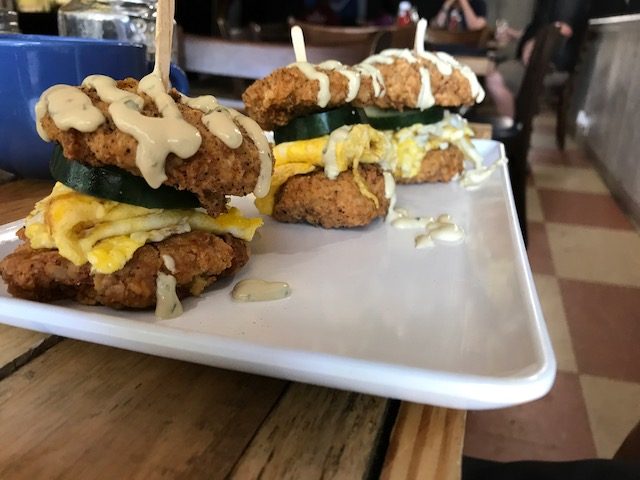 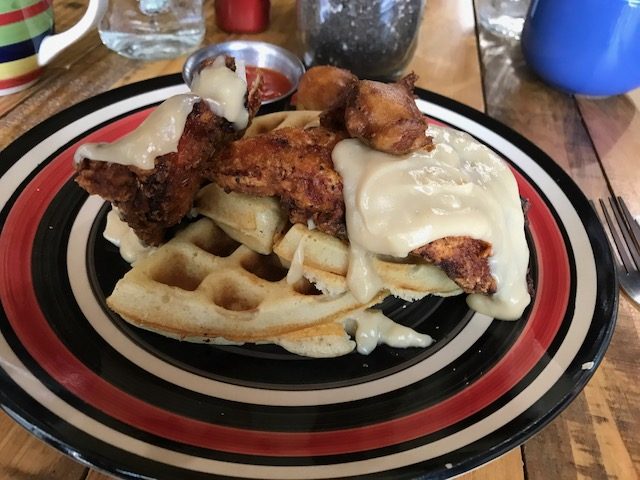 As our allotted time ran low we headed on up the road to a nearby Walmart for the night. In the morning we solidified plans for a separate, later trip with our niece and were able to head north without concern. Never fans of cities, we decided to push through and get past the urban sprawl ahead of us in New Jersey and through New York City!

After perusing the maps we settled on a direct route, hopping on I-95 and following it all the way into Maine. This means paying some tolls, which we’ve avoided for the vast majority of the trip thus far. Matthew’s not a fan, sometimes to Ashley’s frustration. She commented, “what if we are paying more in gas going around than just going through?” The toll out of Delaware was a few dollars, no surprise. Then we continued on through the length of New Jersey and were a bit caught off guard by the $30+ fee. But it was the entire length of the state and we are a large vehicle. Crossing the George Washington Bridge into New York, however, thoroughly surprised and disgusted us with a $60+ amount, that’s right, $63 just to cross a stupid bridge. And it wasn’t even that great of a bridge. We were pondering what happens if someone didn’t have the cash on hand? No cards accepted and there’s certainly not a place for us to turn around…do you get arrested? do you get a bill sent to your home address in addition to an extra fee? Luckily we didn’t have that problem, though we both rode in stewed frustration from this point on. Ashley did say to disregard her previous statement about avoiding toll roads.

Sometimes we enjoy visiting cities, though not nearly as much while in the RV. During this quest we’ve mostly avoided them. We just aren’t city folk, much preferring the wilderness. Each time we venture into a city we find ourselves thinking that the poor residents just don’t know how bad their lives really are. But, we do realize that it’s just not our type of place, we do know that there is a lot of culture and diversity to be had in a city, and we’re glad that people thrive on the bustle, leaving the wild places empty for people like us. Though we loved the forested hills and sleepy towns of upstate NY, traveling through the Bronx and other parts of the city along I-95 certainly don’t inspire us to come back to the area any time soon.

Glad to rush through we continued into Connecticut for the night and then into Rhode Island, to a nearby state park. After a few nights of not enough poor sleep and some pretty focused driving, we enjoyed the chance to spend a restful day in the woods. At ~850 campsites we’re pretty sure it’s the largest campground either of us have ever been to (which seems odd since it’s the smallest state), but our site is nice and secluded. After a night’s pause we’ll be heading on up into Maine to explore the final park, in the final state of our current quest. 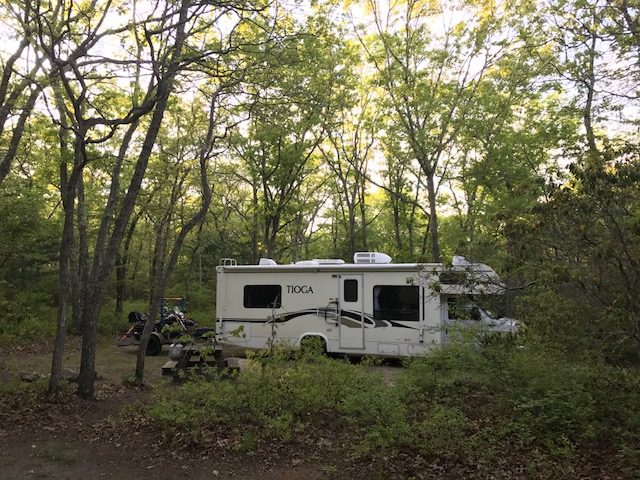 tucked into the woods in Burlingame State Park, RI 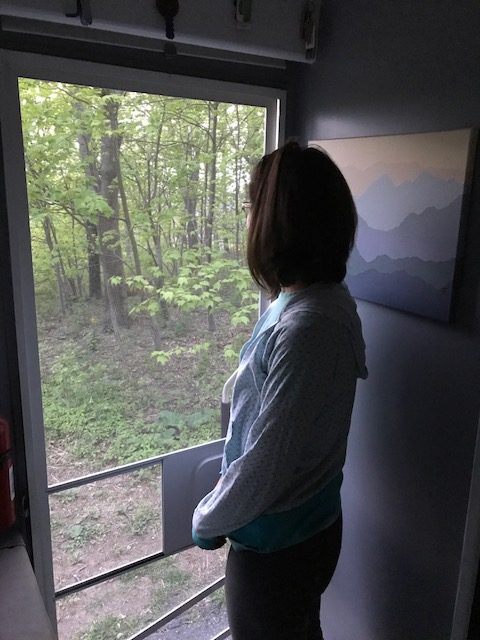 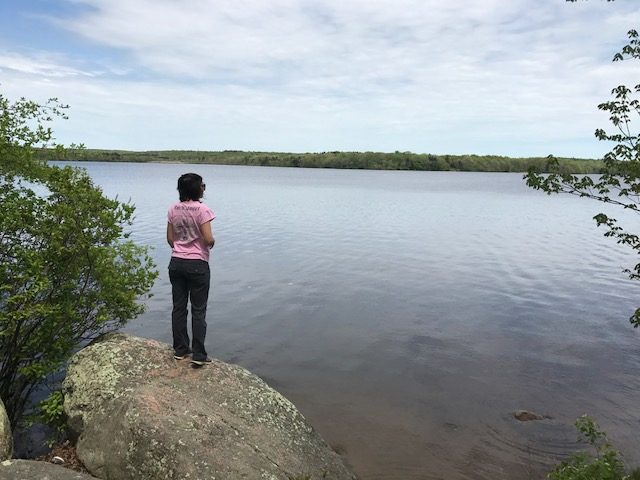 Whew, it’s been a blur over the last few days.