It was hard to wake up this morning. We hit snooze for roughly two hours. Finally we roused ourselves and after breakfast we hit the trail. On up to Glen Arbor first, where we spotted a library branch, coffe roasting house and tea maker! Will definitely have to hit those up later. Then on down the trail to Empire and back to the Dunes. 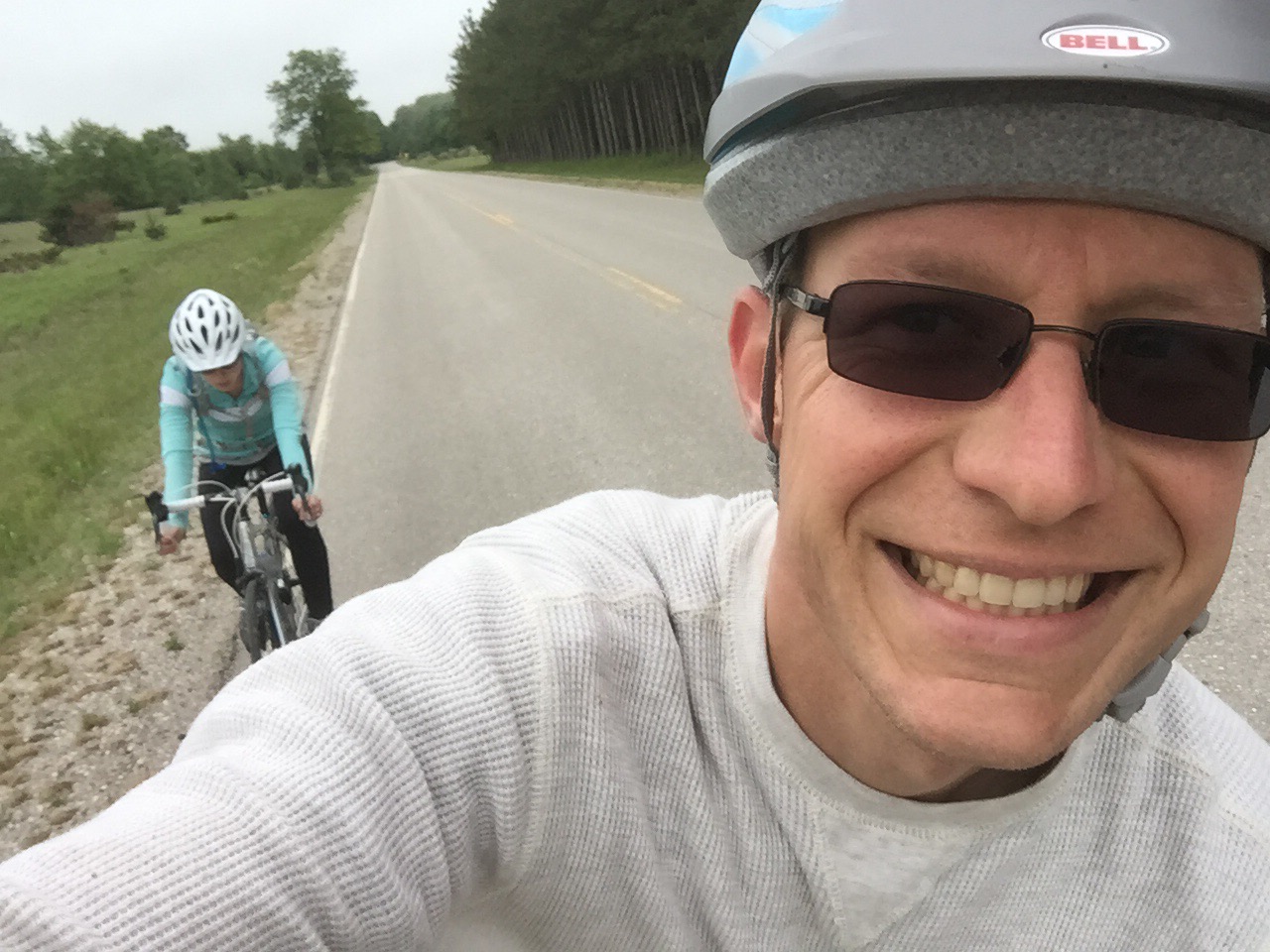 We parked the bikes and headed up the Dune. Ashley remembers being here as a wee kiddo. We hiked up to the tallest dune and then followed a trail that we thought headed to Lake Michigan. It didn’t seem to and after awhile seemed to peter out. So we went back to the starting point and followed the official trail. 27 hillls later (they were numbered) and roughly 2.5 sandy miles later we made it to the lake. Right down level with the water, which surprised us. 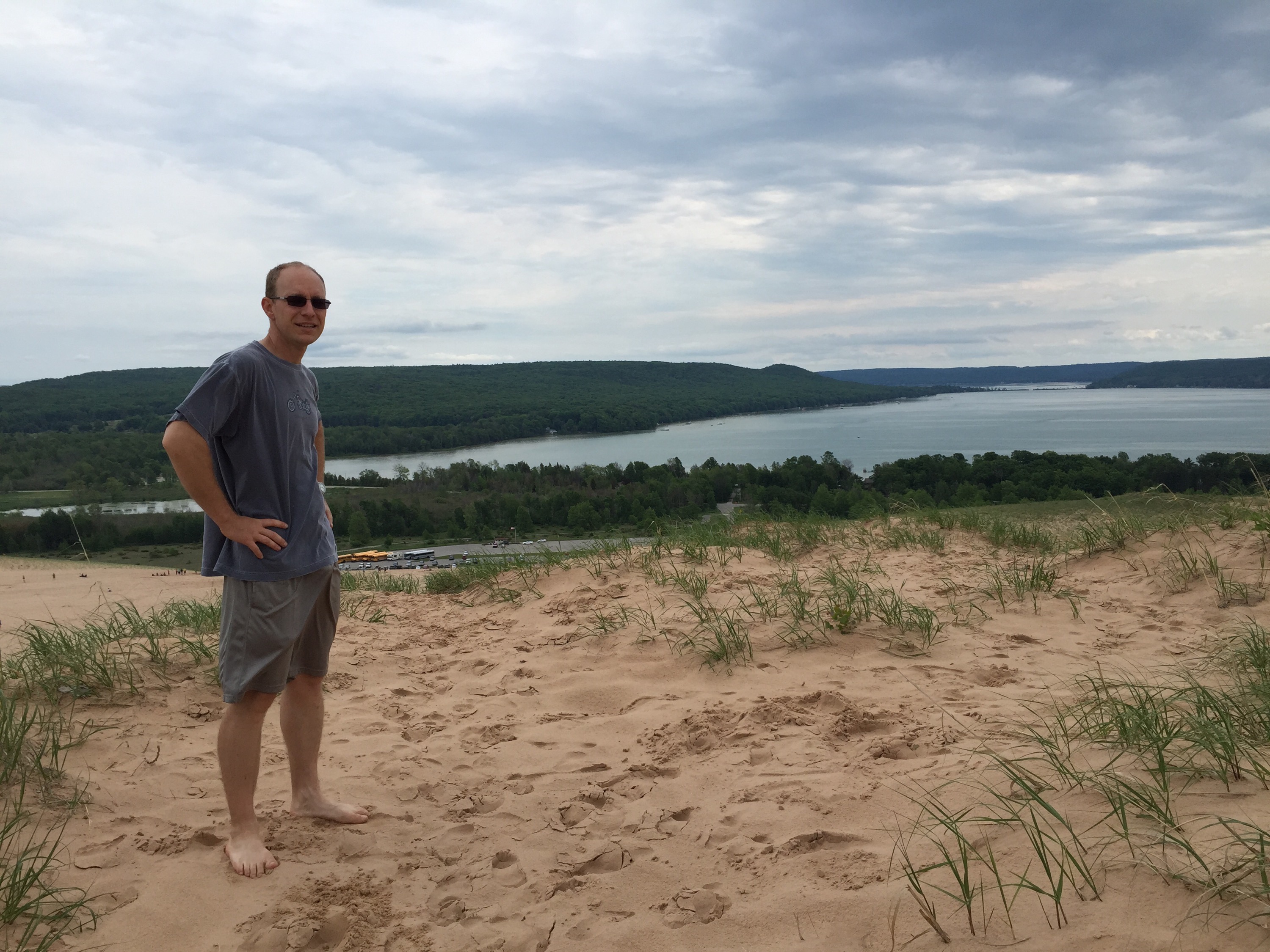 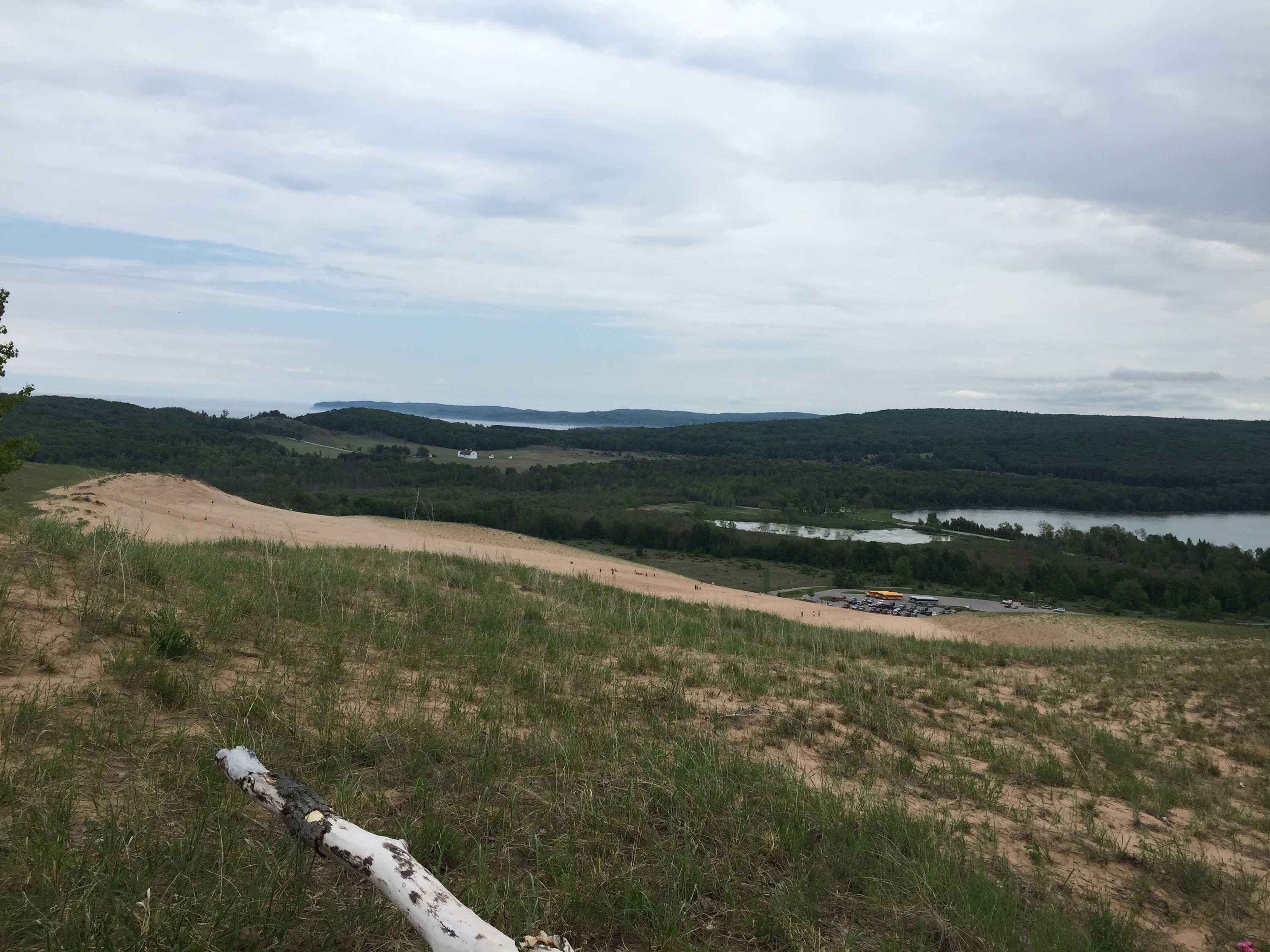 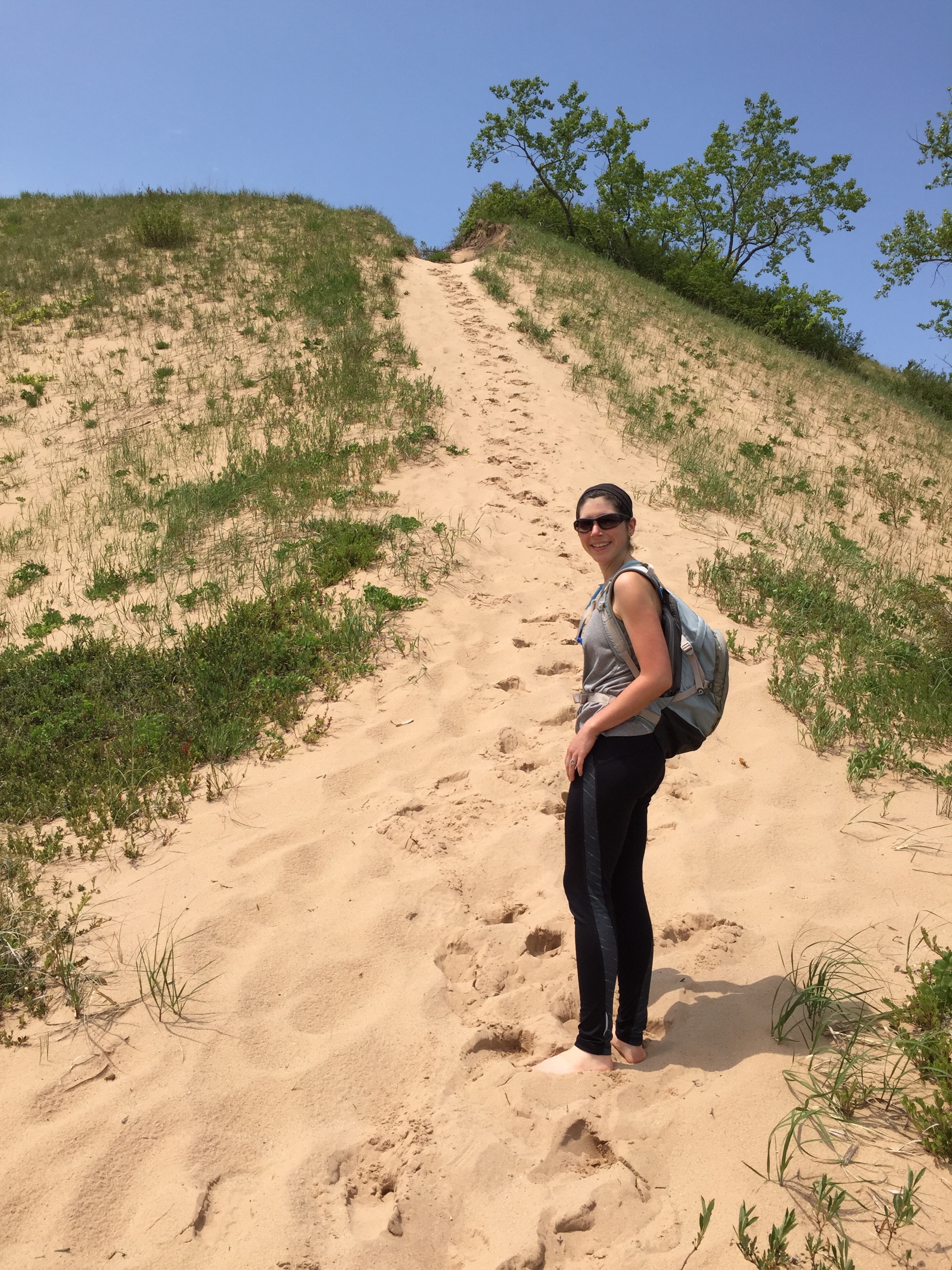 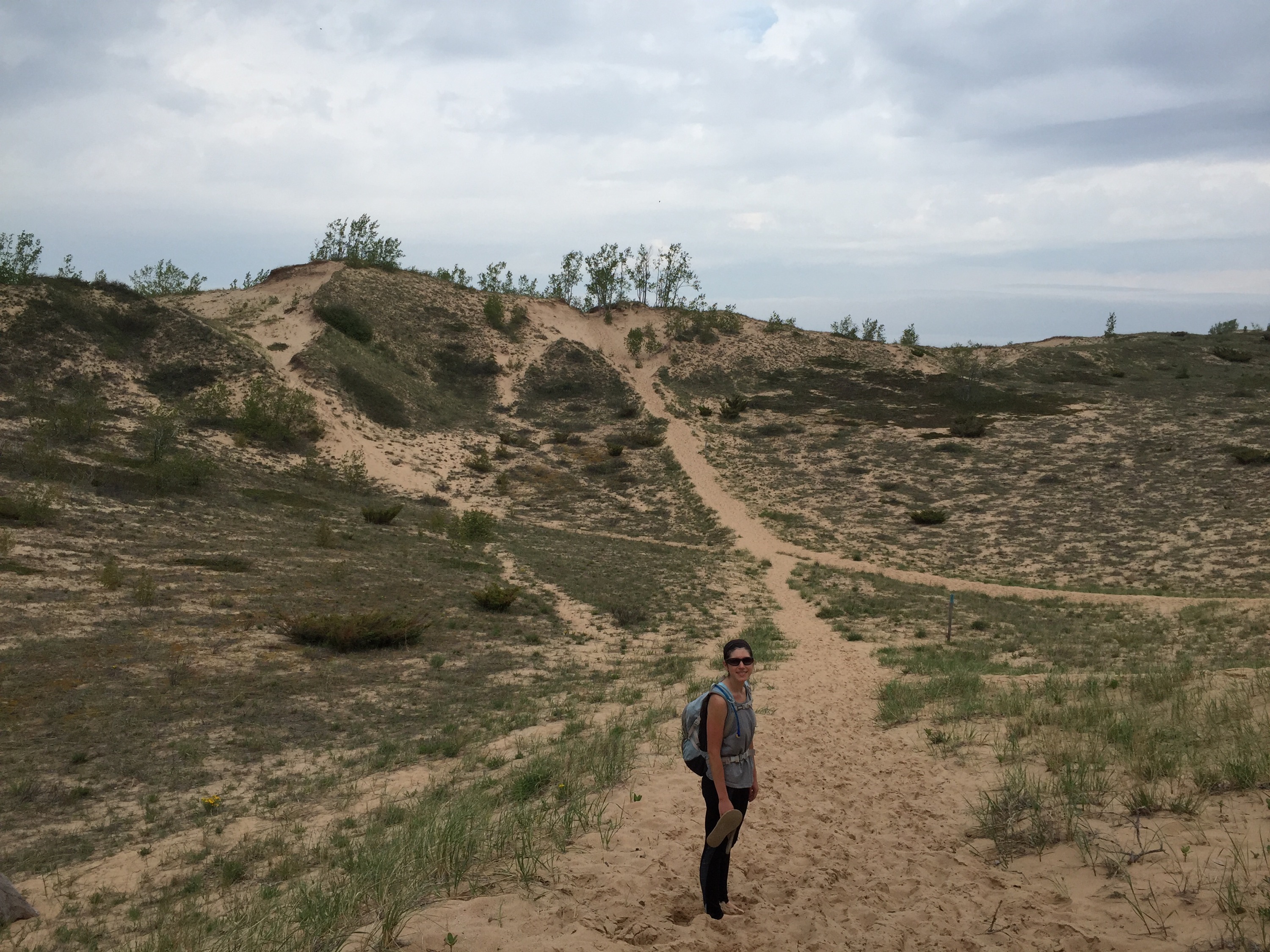 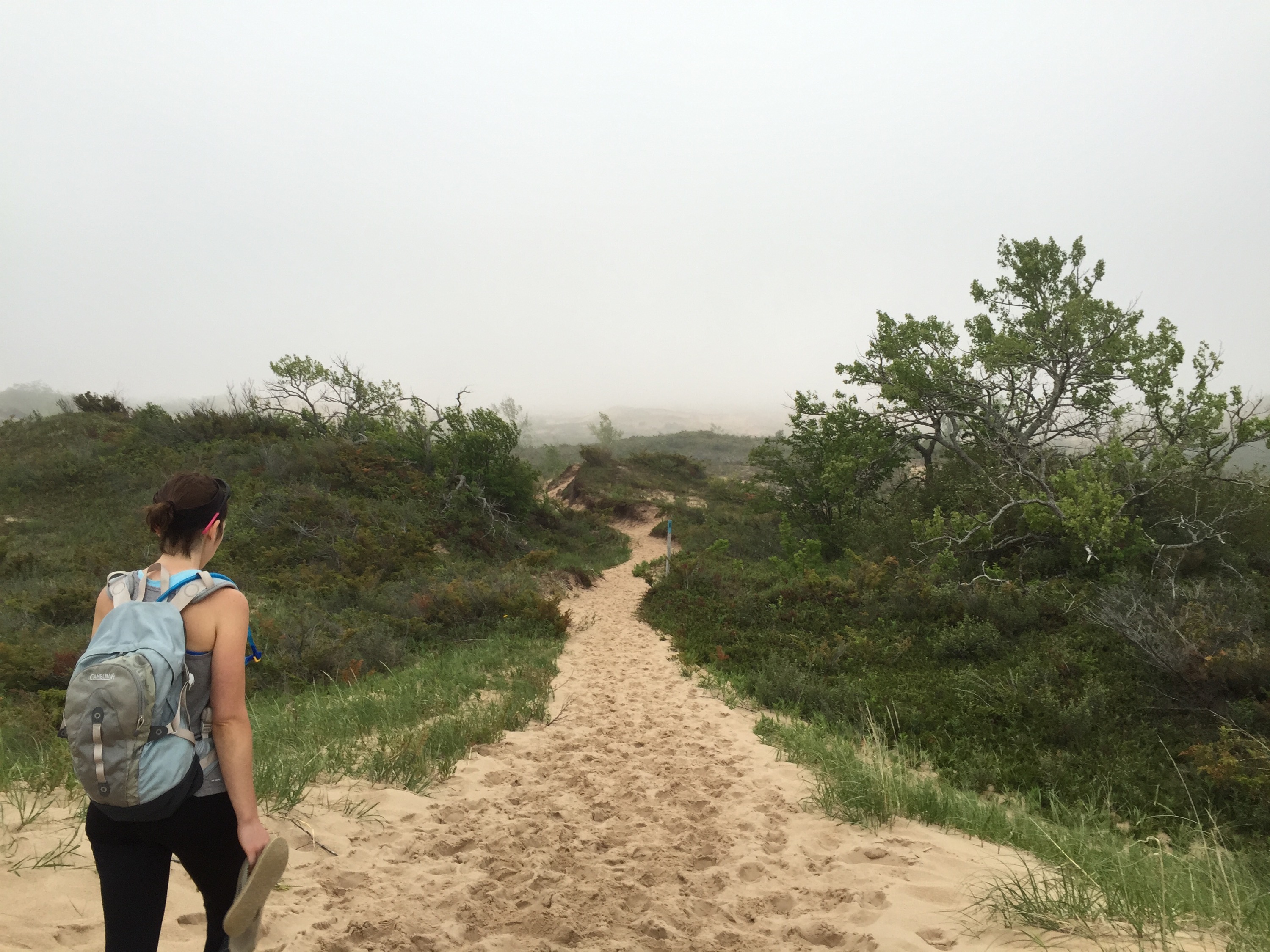 It was a long hike through the sand, lengthened by it being well past lunch tinme. Fog and clouds had moved in by then, pushed by a chill wind, and we hurried back. Moments after turning around at the lake it began to rain and spat upon us for most of the trek back. 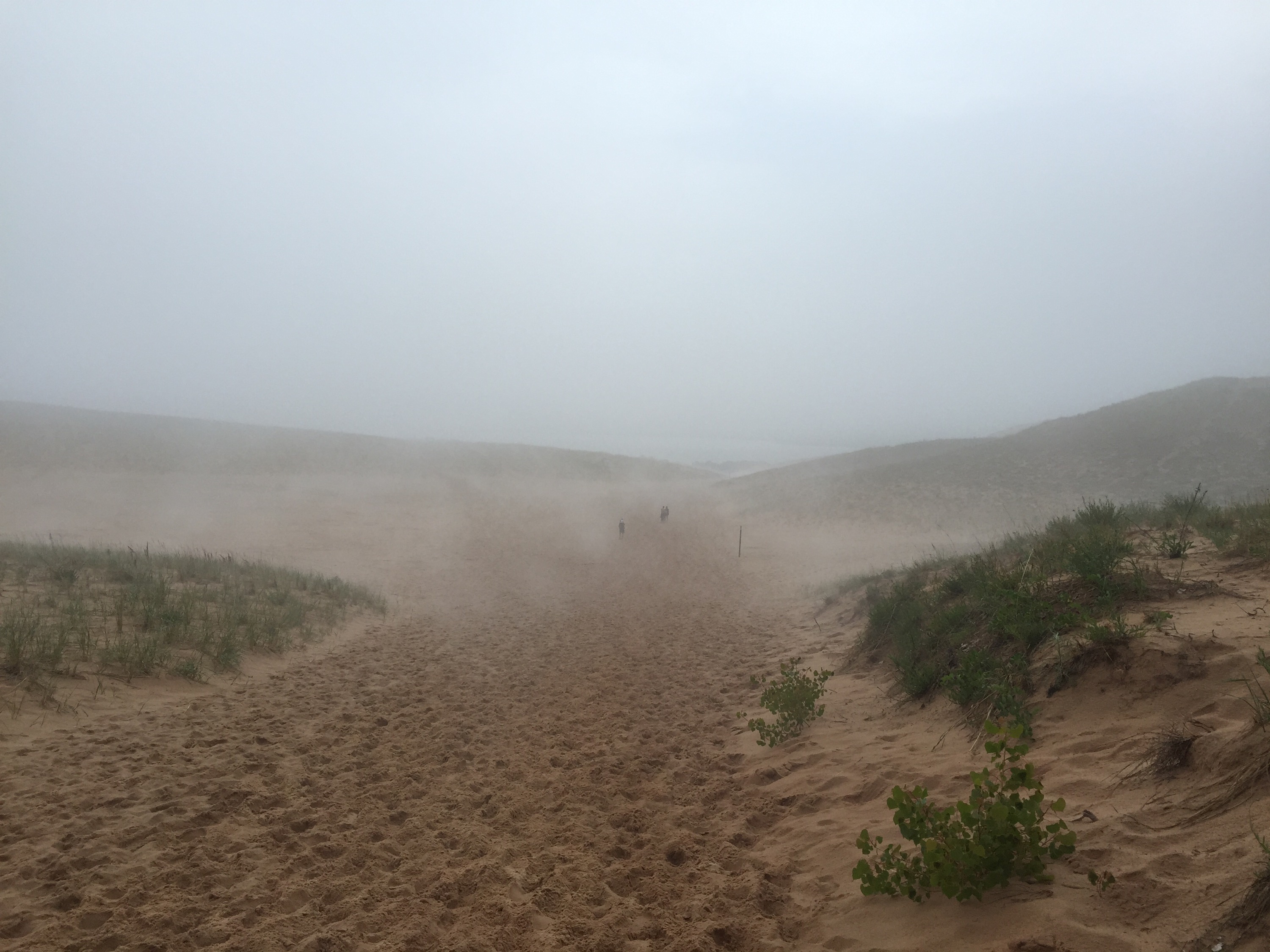 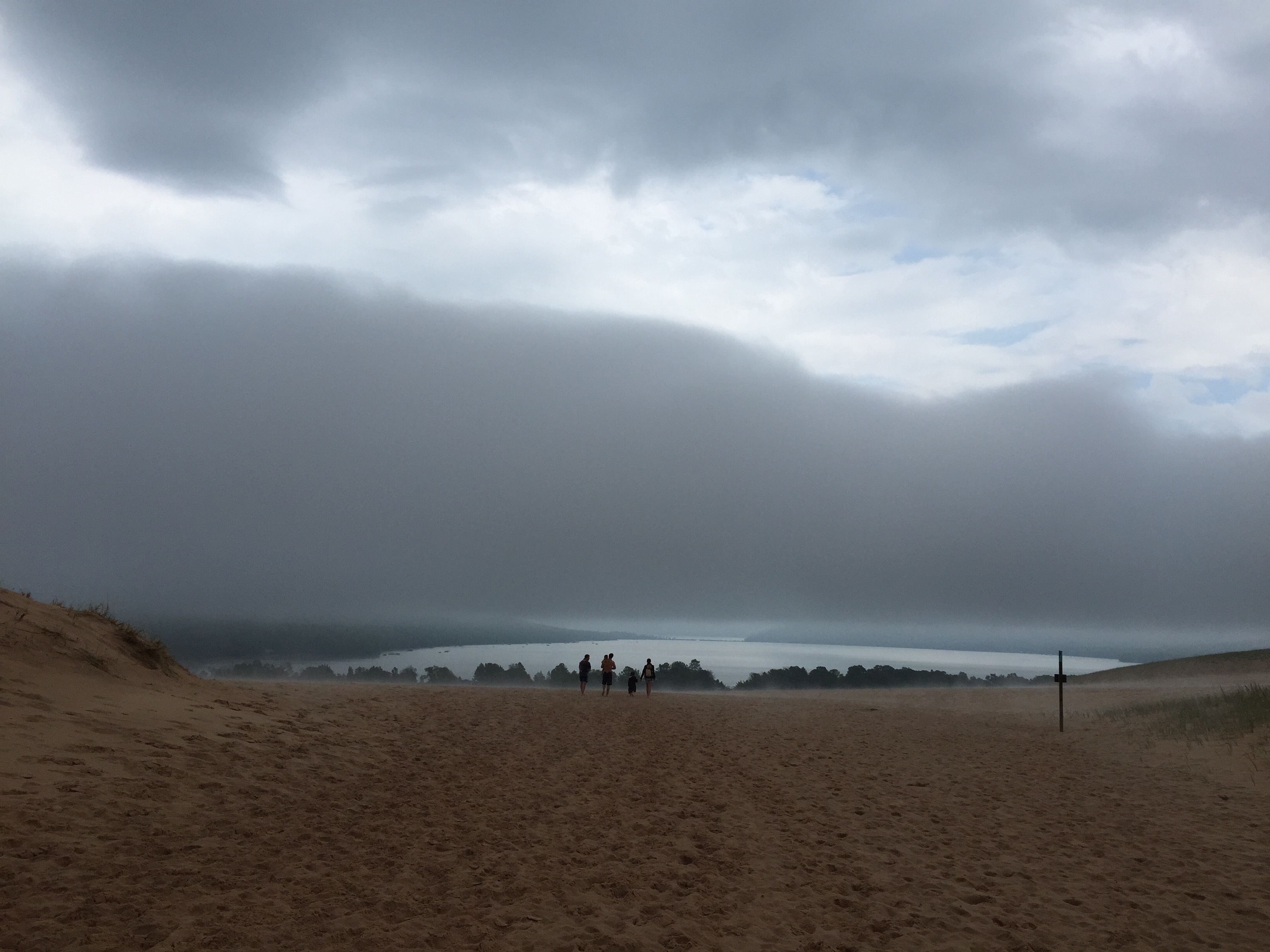 Nearing the parking and main area it was a completely different scene than before – only a dozen people where before were hundreds, a few cars in what had been a filled parking lot, and cloudy fog in what had been a sunny area. Areas of the hike back looked remniscient of scenes from alients planets as seen in movies. Beautiful still, only of a different kind.

Our bikes and shoes were where we left them, so we gathered our belongings and headed to the restrooms to wash the sand from our feet and try to warm up in front of the hand driers.

Off to home we go – speeding down the trail, looking forward to reheated chili, dry clothes, and a hot shower! Fortunately, it’s only a few miles away, down the very nice paved Sleeping Bear Heritage Trail.

Taking care to shake off as much sand as possible, we try to confine our mess to the foyer in the RV. Ashley grabs a shower while I heat chili. After scarfing mine down I jump in the shower and revel in the hot water. We did turn on the heater for a few minutes to help warm up.

I think we’re getting pretty good at this boondocking thing. We’ve run the generator maybe a total of 30 minutes in 4 days, discovered that the heater works without the generator being on, and can shower in only a couple gallons of water. It’s a different style of life, but good! 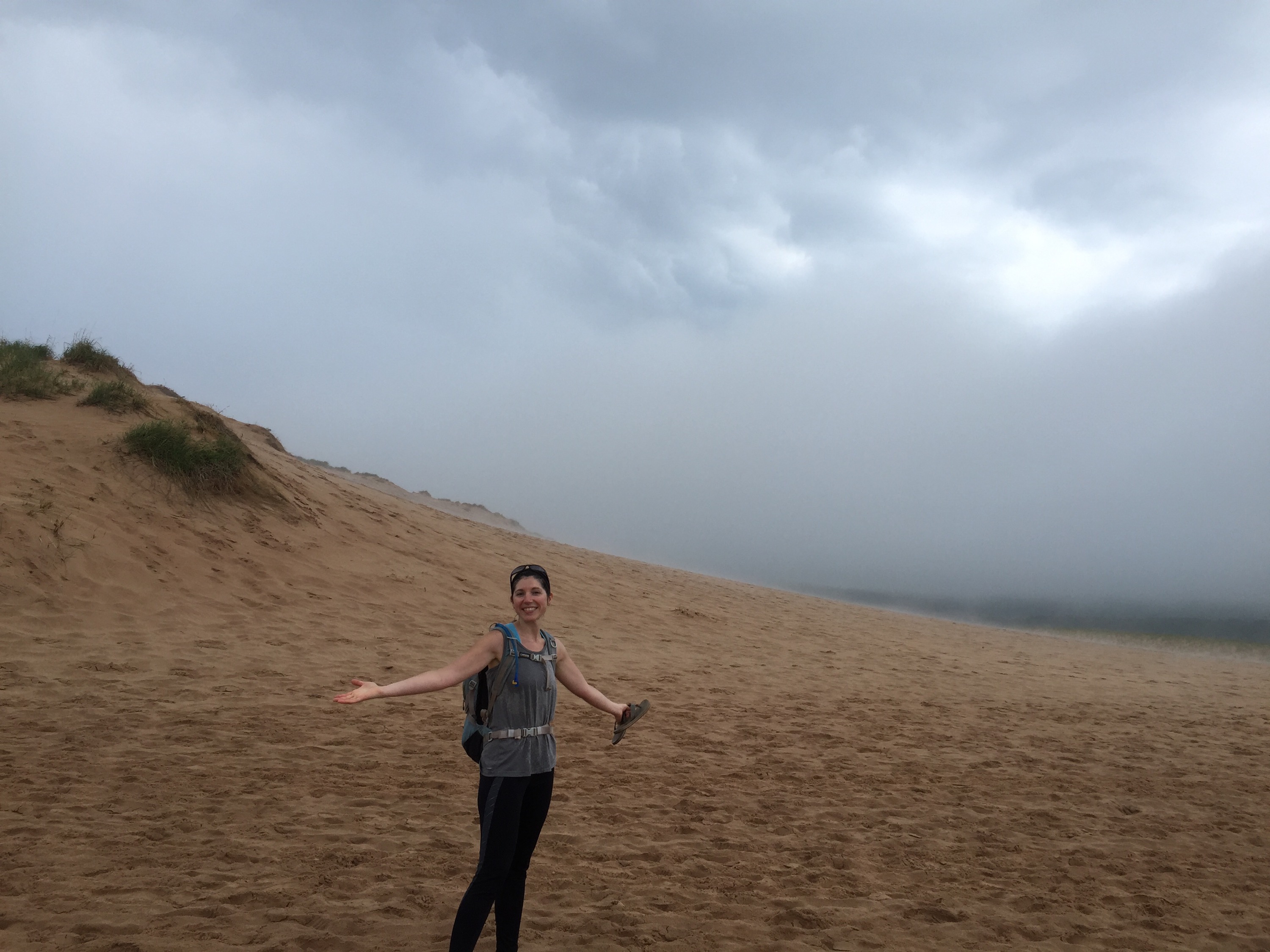 Relaxing with popcorn, coffee and tea and I believe we’re pretty much settled for the evening.