After breakfast we jumped on the bicycles to go and storm the hill on Pauba again. It certainly wasn’t easy but we made it, perhaps easier than last time. The other parts of the ride, getting to and from the hill itself, were easier. Or maybe they were just as difficult but didn’t use as much of our energy.

Back at the house we had lunch, grabbed showers, and then walked over to Dan and Michelle’s to join them on a trip to the beach. Piled into the Tahoe, we made it over to the beach at Oceanside. Lucked into a spot right in front of the bathrooms, so we only had to walk about 100′ to the water’s edge.

After laying out blankets and applying sunscreen, Ashley, Bella and I went and played in the water. Splashing in the shallows and jumping over waves. We had a great time! (It’s so weird to stand still as the water retreats before an incoming wave and you feel the sand dissolving underneath your feet.) 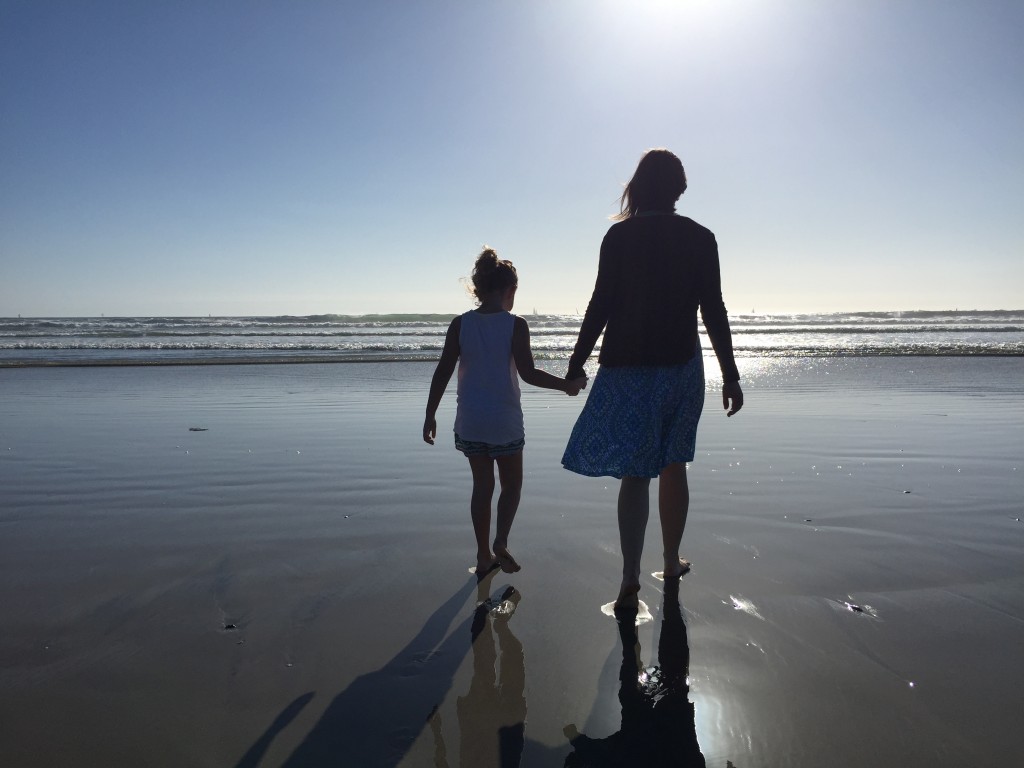 Ready for a drink, we headed back to the blanket, wrapped in towels, and had some snacks. After chatting for a bit it was time to start heading home. We packed up and hit the road again, they dropped us off at the Bill and Carol’s.

After supper we watched “The Gambler”. I don’t think any of us were thrilled with it, but no one spoke up so we finished it out.