Headed out after a quick breakfast, aiming for a nearby Target to pass a bit of time before heading up into the mountains. The cabin isn’t available till Thursday, so we have two days to travel about 40 miles.

On the way to Target a motorcycle cop pulled us over for running a red light. It was very much yellow. But you can’t argue with an officer and you even if you get the ticket overturned you still have to pay the court fees. Quite the racket the system has going. Going to see about getting it dismissed, but still frustrating.

We head on up into the mountains and look for a place in the forest to spend a couple of nights. After two 20-point turns out of private-gated roads we give up and head to Big Bear. Both of the ranger stations are closed (resulting in another 20-point turn), as is their backup, the Discovery Center. So we circle around the lake to the Visitors Center, who recommends a couple of campgrounds. We end up doing another 20-point turn trying one of their recommendations, and give up, heading to the other option. It’s a nice campground and we’re happy to be settled in. 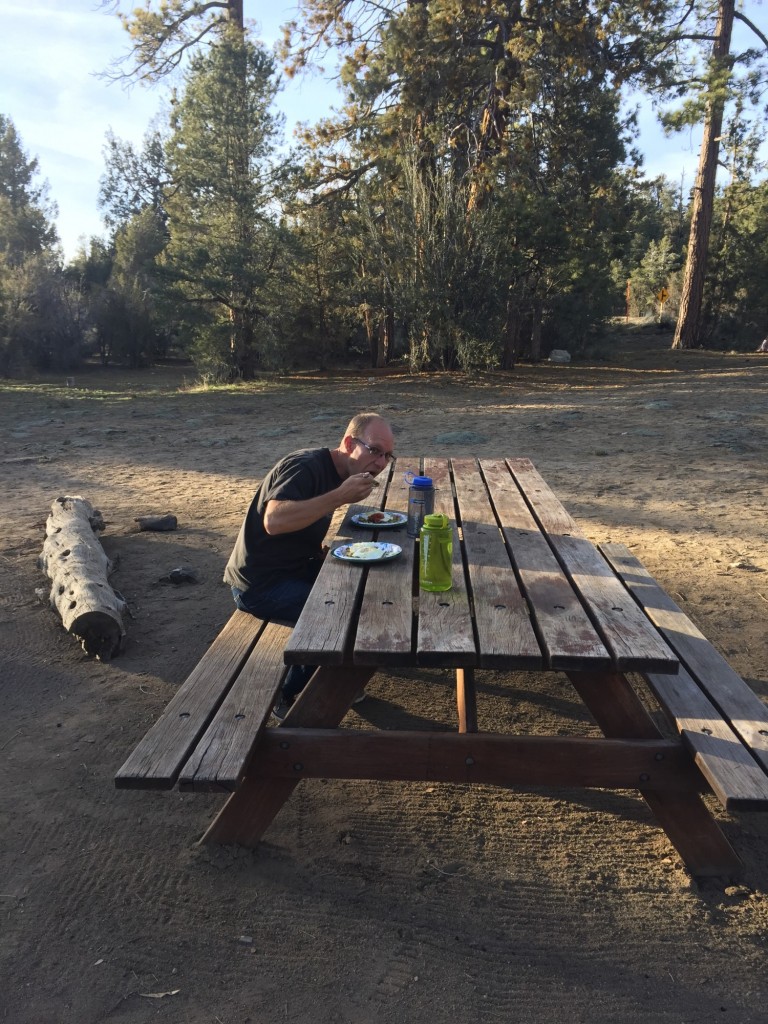