I bicycle in to town to pick up a switch from Napa. Back at the RV I get that installed and everything works as hoped. Now the key just serves to lock the handlebars instead of starting the bike. But it’ll get us on the road until I can fix it properly while we’re at Jackie’s.

We go for a test ride into town to check out Rogue City. It’s a cute little town. We stop and peruse the museum yardsale but don’t see anything we can’t live without. Ashley does spot a really nice white and baby blue 55 Chevy Bel Aire that she took a liking to.

Bike is working fine, so we layer up and head back up toward Crater Lake. I top off the gas in Medford and we head on our way. It’s very clear today so we see Mount Hood. No idea how in the world we missed it yesterday – it’s a big, snow-covered mountain that towers over everything around it. But we were both surprised to see it.

We arrive at the visitor center with 93 miles on the odometer.That’s awfully close to the 100 that I aim to refill at. Find out that the park’s gas station doesn’t open for another month or so. Blech… The closest gas station is about 35 miles away, either direction we head.

The center is small and snowed in. They have a covered, closed in hallway that serves as a tunnel through the snow leading in from the parking lot. We watch the park film, pick up post cards and then head up to Rim Village (2 more miles).

What a view! You just can’t go wrong with mountain lakes, and this one is surrounded by the rim of the old mountain, snow everywhere, and even has an island inside it! We scramble across snow along the edge of the rim, careful not to get too close. Unstable edge (according to the sign) and a 900′ slide down into the lake – it would be an amazing sled ride, but not something we want to have to scramble back up this afternoon. 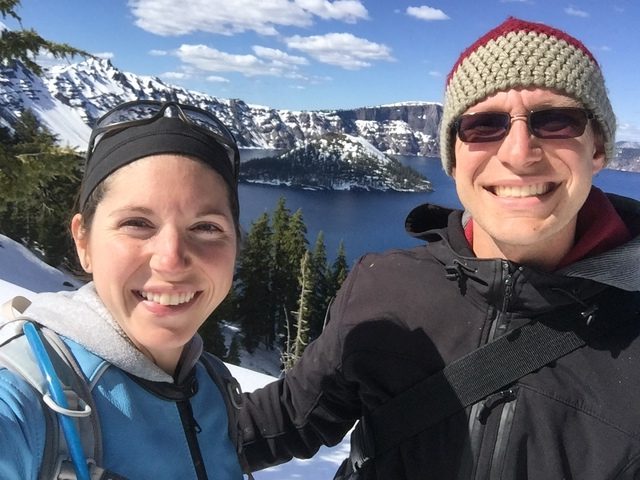 Into the lodge, we pick up a coffee to share and then walk back out onto the snow to find a seat. We split the coffee and I sketch Wizard Island, out in the lake. 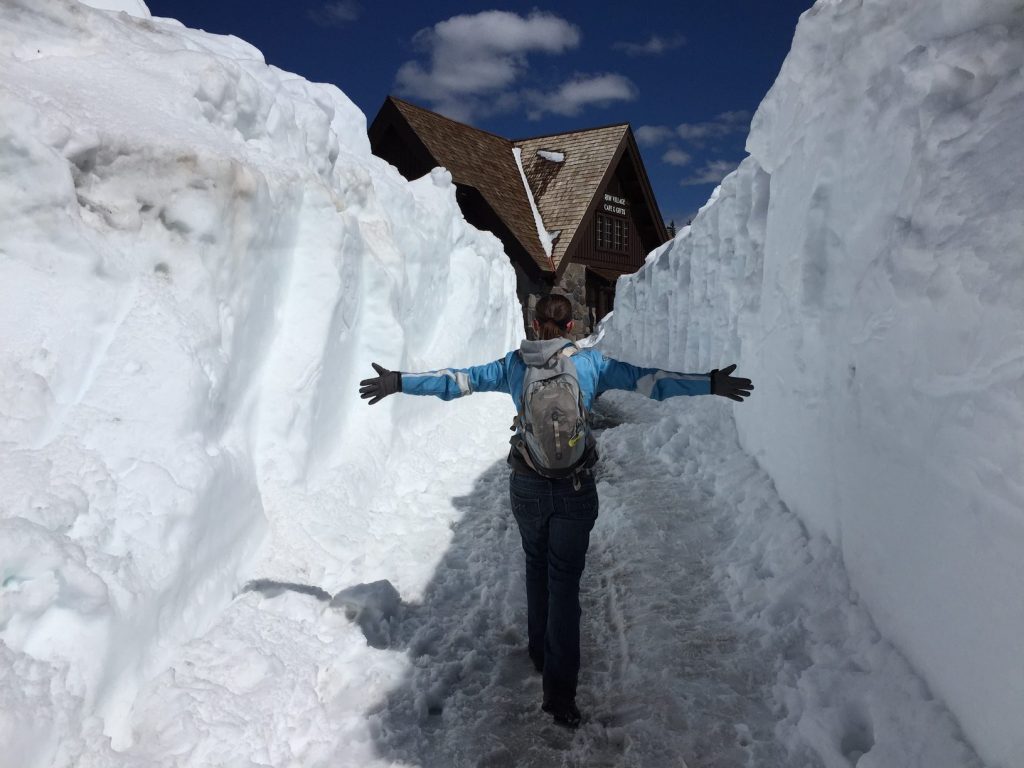 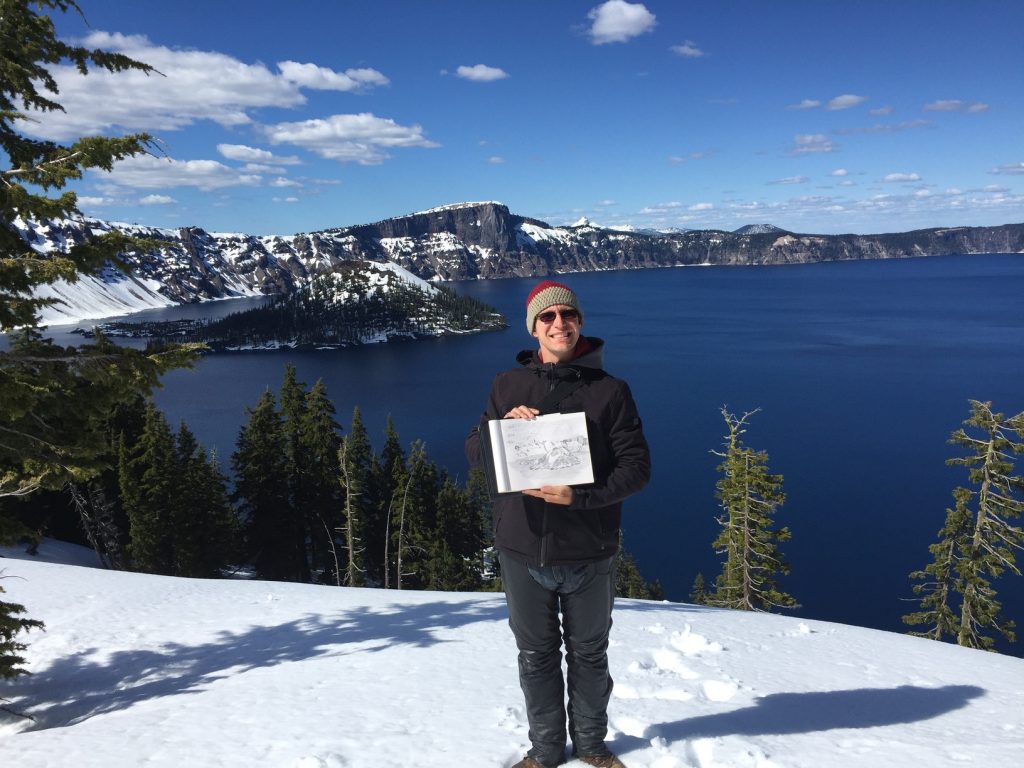 Coffee gone, toes chilly, and sketch done, it’s time to head on down the mountain. Fortunately, it’s mostly downhill and we coast for much of the trip. I go pretty slowly, letting everyone pass me. This slow speed is a welcome change – a little more relaxed. We pull into the gas station still running, 133 miles on the odo. Took quite a bit of gas to fill up – I don’t remember the exact capacity but I think we pushed it pretty close.

On home from there, uneventfully. Ashley puts together supper and we eat. I visit with our neighbor and then we settle in for the evening.