Bit of a slow morning. I woke before the alarm and watched the sun rise while sipping my coffee. Ashley snoozed later and enjoyed some tea. We had a leisurely breakfast and eventually hopped on the motorcycle for a short trip up the road. 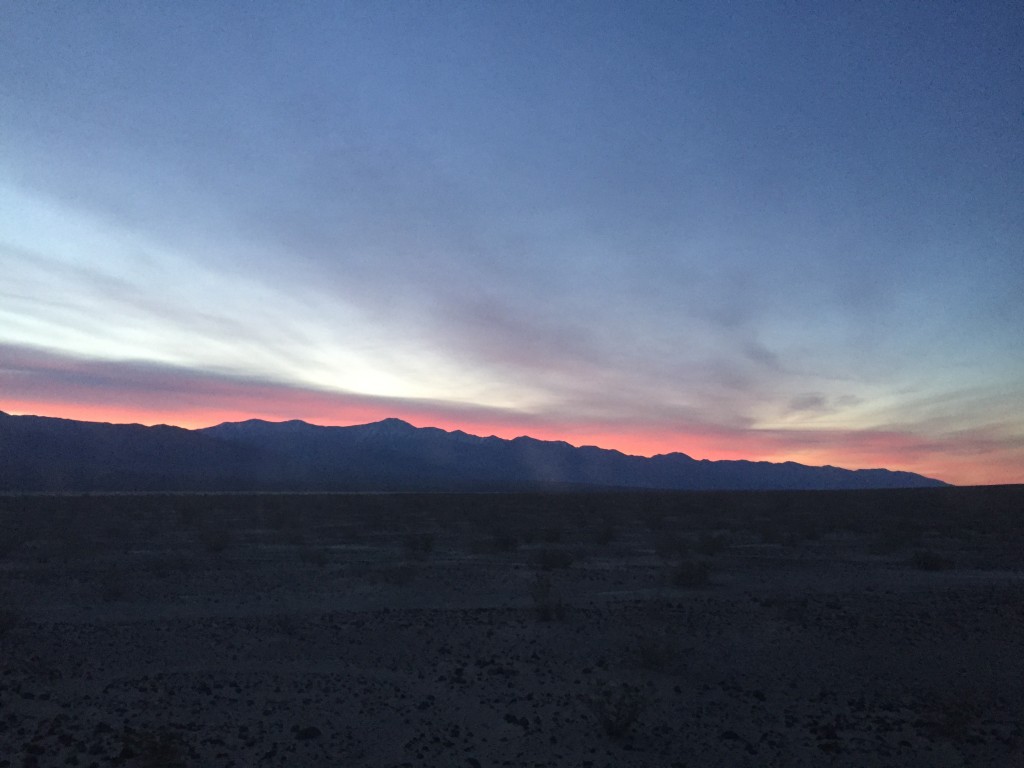 Turning onto a gravel road, we endured 2.4 miles of washboards to our last trail to explore in Death Valley Nat. Park. We were the lone motorcycle in the parking lot at the trailhead, which generally seems to be the case.

The hike was a short one, relatively easy. It started out following a dry stream bed and eventually toured next to it. As we headed up the canyon we noticed more greenery – bushes with leaves, occasional flowers, and eventually grass! The last quarter of the trail was an entirely different environment, lush, cool and vibrantly green!

We could hear the waterfall before we saw it, and the final turn in the trail showed us a beautiful pool beneath a 25′ waterfall cascading down the rocks. Darwin Falls flows year round and creates a beautiful oasis within the desert. There was another group at the falls, though they wandered off after we’d been there for a few minutes. We sat at the water’s edge, snacking on walnuts and dried cranberries, and generally taking in the view and enjoying the sounds of the water. 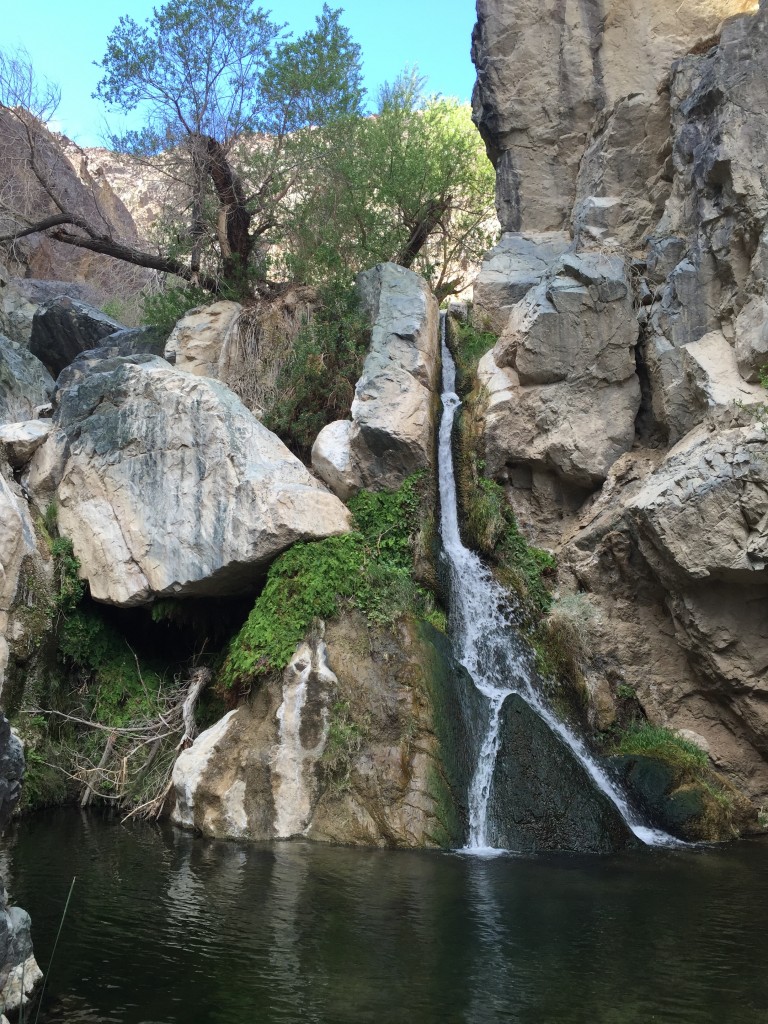 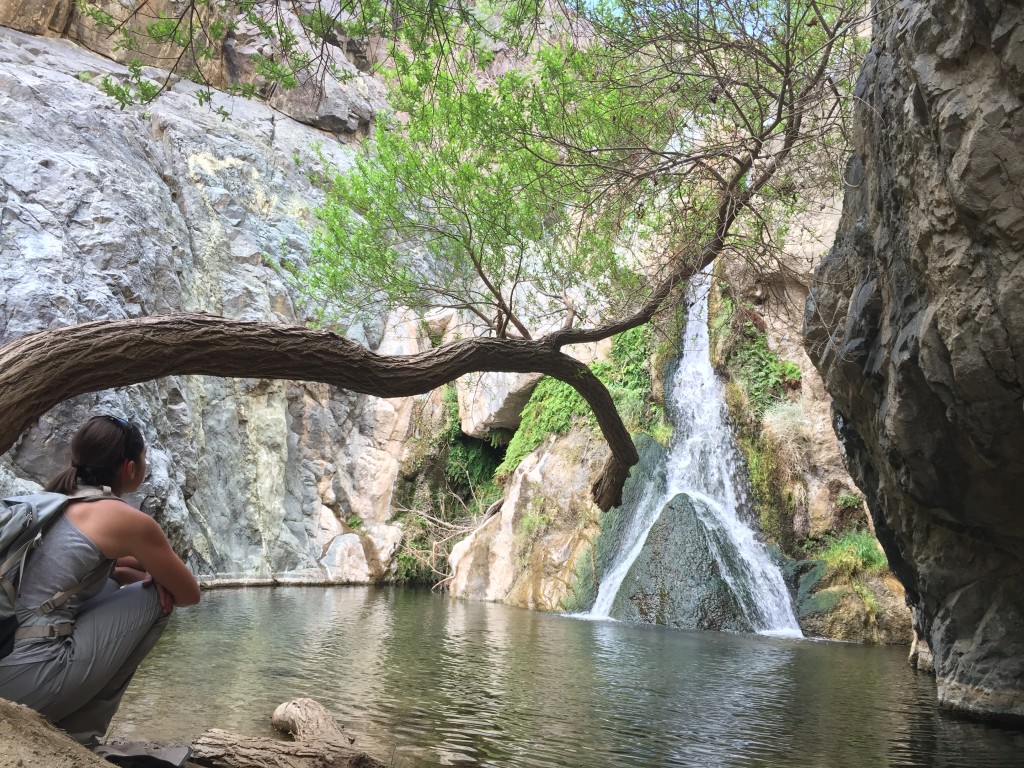 Eventually, we heard voices in the distance and decided it was time to mosey along. We headed back down the canyon to the motorcycle where we, once again, made our way across the washboards.

A quick stop at the gas station ($3.98 a gallon!) provided no wifi source so we headed back home without purchasing anything. After lunch we decided that a lazy afternoon spent in was in order. I took a bit of a nap while Ashley read. We both read. Then it was time to start supper. Ash put together fajitas while I made tortillas. Delicious! 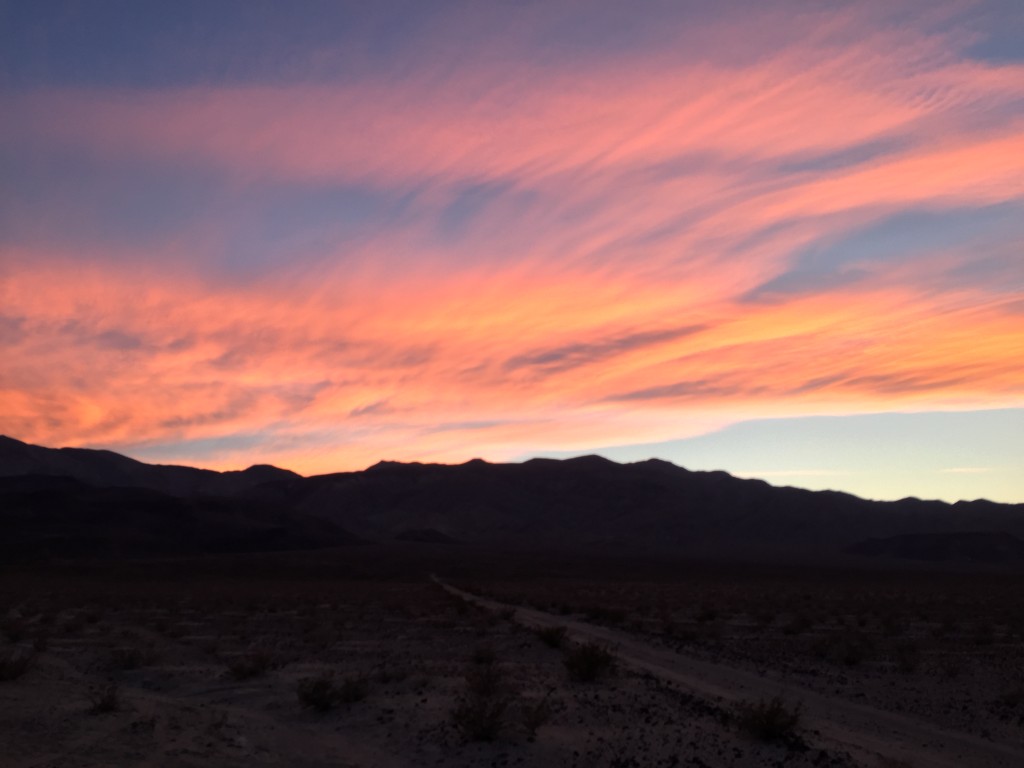